THIS PEACEFUL SITE IS THE FINAL RESTING PLACE FOR RCMP MEMBERS, RCMP PUBLIC SERVANTS AND THEIR FAMILIES WHO FAITHFULLY SERVED CANADA. IT WAS ESTABLISHED IN 2002 THROUGH THE EFFORTS OF THE OTTAWA DIVISION OF THE RCMP VETERANS’ ASSOCIATION IN PARTNERSHIP WITH THE BEECHWOOD CEMETERY FOUNDATION.  THE RCMP JOINED THE PARTNERSHIP IN 2004.  THE MEMORIAL MONUMENT HONOURS THE DEDICATION AND LOYAL SERVICES OF MEMBERS OF THE NORTHWEST MOUNTED POLICE, THE ROYAL NORTHWEST MOUNTED POLICE AND THE RCMP.  THE SUPPORT AND SACRIFICE OF THEIR FAMILIES ARE NOT FORGOTTEN.

The Cemetery features a parade square, a statue on a monument dedicated to the memory of fallen officers and a beautiful granite memorial.

The concept of a veteran’s cemetery was inspired in 2000 by RCMP Veteran Bill Becker who posed the question to the RCMP Veterans’ Association (Ottawa Division) Executive Committee why the RCMP did not have a cemetery in Ottawa since the city is the home of the RCMP National Headquarters and, given the fact many serving and former members of the RCMP were located in Ottawa. Mr. Becker proposed Beechwood as the site of a veterans’ cemetery based on the historical significance of Beechwood that was founded in 1873 in the same year as the NWMP was formed in Canada. Several other veterans including Ray McFarland, Dave Lehman and Al Barkhouse formed a committee and did a tremendous amount of work together with James Patterson of the Beechwood Cemetery Foundation. Roy Burlinquette chaired the committee with able assistance of several others particularly Al Rivard.

It was indeed a natural choice for the future site of an RCMP veterans’ cemetery. As the concept began to materialize however, it became apparent that the fundamental purpose of establishing an RCMP cemetery in Ottawa was to honour the members and their families who dedicated their lives to the peace and security of this country as the notion of the “police family” has always been a distinguishing characteristic of the RCMP. What therefore began as a vision of a veterans’ cemetery quickly evolved and the concept of an RCMP National Memorial Cemetery unfolded as the true meaning of the RCMP family became the focus of the discussions. Regina, home to the RCMP Depot Division Training Academy, is the site of the RCMP Regimental Cemetery. The differences between this site and Beechwood are noteworthy as the latter presents a dignified alternative sanctuary that includes the families and dependents of our employees.

Dedicated veterans and representatives of the RCMP, in partnership with Beechwood Cemetery, successfully acquired a parcel of land at Beechwood to be the final resting place for deceased members of the NWMP, the RNWMP and employees of the RCMP and their families. The site is immediately adjacent to the National Military Cemetery and strategically positioned within the grounds of Beechwood Cemetery.

The RCMP symbolizes Canada’s commitment to peace and security both domestically and internationally. It is a proud organization comprised of individuals who endorse this vision fully and who are profoundly committed to its achievement. However, this reality of service to the RCMP is not without personal sacrifice to the families of its dedicated employees. The RCMP National Memorial Cemetery at Beechwood is within Canada’s National Cemetery in Ottawa.  It was created to recognize the significant contribution of the families of the members of the North West Mounted Police, (NWMP), the Royal North West Mounted Police (RNWMP), the Royal Canadian Mounted Police, and employees of the RCMP. The vision was realized with the official dedication ceremony at Beechwood on October 17, 2004 and the site was officially named the RCMP National Memorial Cemetery on January 11, 2006 in a Tripartite Agreement in the form of a Memorandum of Understanding signed by (Photo below L>R)  Chief Superintendent Al Rivard (rtd), President of the RCMP Veterans’ Association (Ottawa Division), RCMP Commissioner Guiliano Zaccardelli (rtd), the President of the Beechwood Foundation Mrs. Grete Hale. 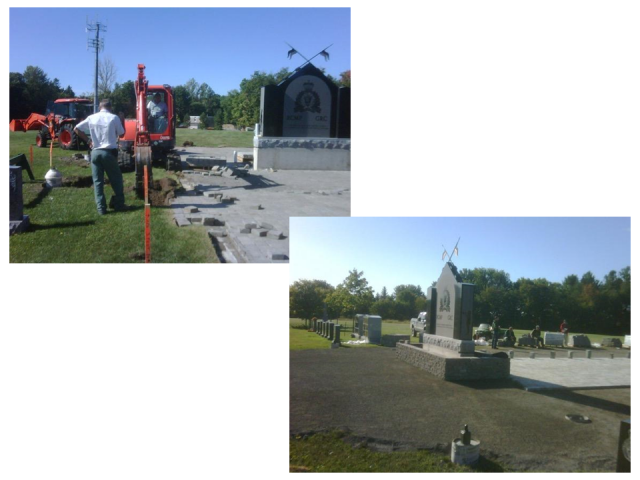 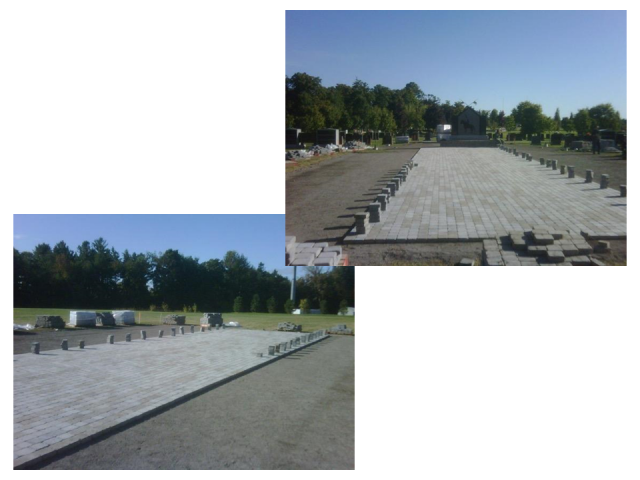 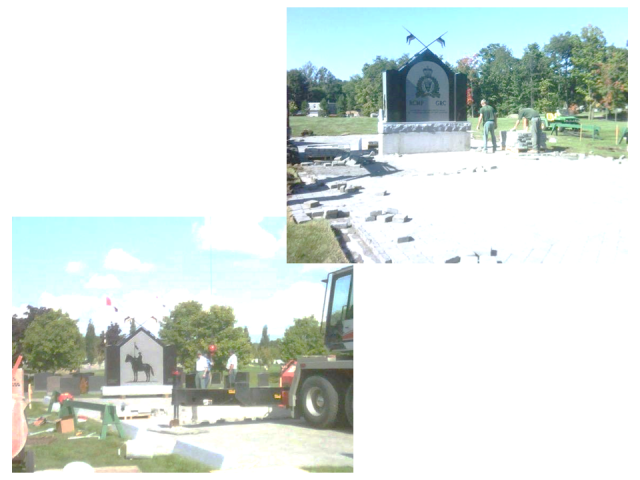 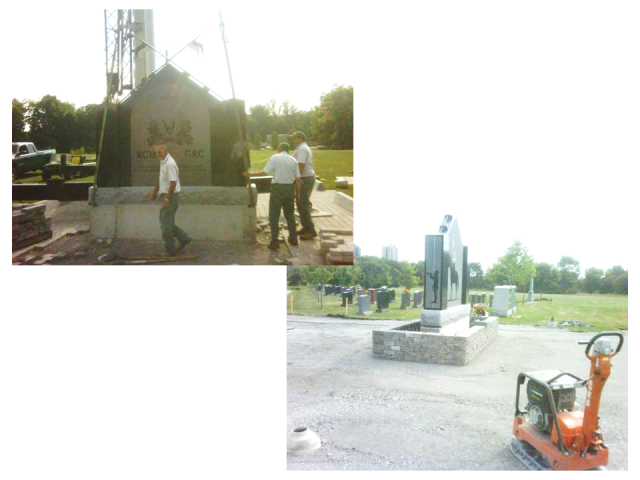 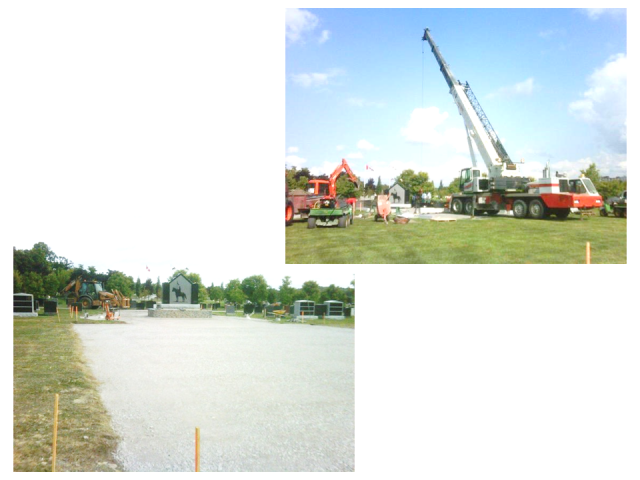 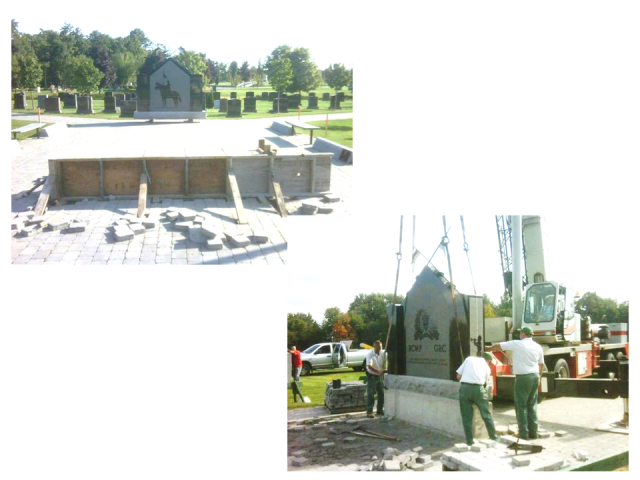 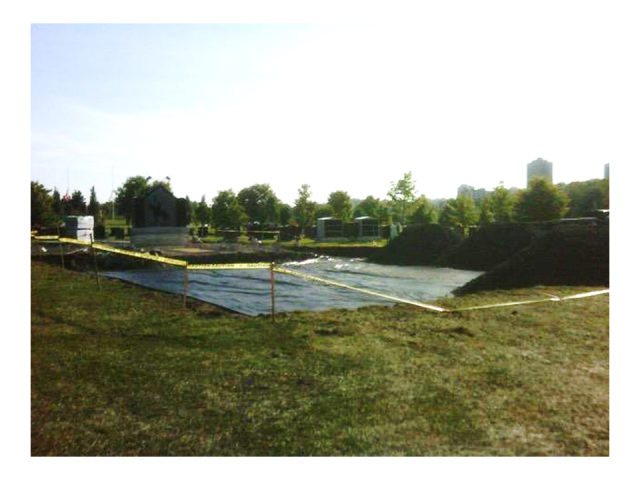