(This page is dedicated to Michel Pelletier & Roy Berlinquette for their dedication, commitment and efforts in having this come to fruition)

On this 150th year of Confederation, a ceremony to commemorate RCMP employees, Veterans and their families was held to light a torch at the Centennial Flame, to then light the new RCMP Veterans’ Memorial Flame at the RCMP National Memorial Cemetery at Beechwood, the national cemetery of Canada.

The three-part ceremony was held on, Sept. 23. The ceremony started at 9 a.m. on Parliament Hill. The torch was lit from the Centennial Flame by the Deputy Sergeant-at-Arms , Pat McDonnell, an RCMP Veteran. A relay march followed, around the grounds of Parliament Hill. It was comprised of Veterans, serving members and families handing off the torch from one generation to the next, to serving sons and daughters, brother- to- brother, professor- to- student, peer- to- peer, all the way to the Memorial Tablets located beside the East Block where respects were paid to those who died in the line of duty. A torch relay run followed. It started from the east side gate where a Veteran handed the torch to his sons, it went through the city, via the Sir George-Étienne Cartier Parkway, the Canadian Police College and the Musical Ride Center and to Beechwood, the national cemetery of Canada. Mounted Riders and the RCMP Combined Pipes and Drums from across Canada led a parade with the torch to the RCMP National Memorial Cemetery.

At 11:00, the Canadian flag and the RCMP Ensign were raised and the RCMP Veterans’ Memorial Flame was lit to start the commemorative ceremony at the cemetery. On Parliament Hill, approximately 125 people attended the ceremony. At the Cemetery site, including the marching Veterans and the RCMP Combined Pipes & Drums, more than 350 people attended. We thank RCMP Veterans Senator Vern White and the Deputy Sergeant-at-arms, Mr. McDonnell for their presence and their remarks. In light of Canada’s 150th anniversary, a unique moment in our event was a citizenship re-affirmation conducted by Retired Senior Citizenship Judge, George Springate.

The flame is surrounded by two black granite columns; one holds on its pinnacle a marble globe representing members serving as Liaison Officers, and on Peace Keeping missions around the World; the second holds a bronze statue of Lady Justice as a feature linking police to the democratic system of justice in our country. Lady Justice was commissioned by RCMP Veteran Louise Morel and her troop mates of Troop 4, 1982.

The event was organized by the RCMP Veterans’ Association, Ottawa Division; Beechwood Cemetery, Canada’s National Cemetery and the Royal Canadian Mounted Police with the collaboration of the City of Ottawa, the Ottawa Police Service, the RCMP Parliament Hill Detachment, the Parliamentary Protective Service, the National Capital Commission, Public Works and Government Services Canada and the Canadian Ski Patrol.

What a memorable day that we will remember for a long time; the sense of family, collegiality, friendship; all working together to reach the ultimate goal. A sincere thank you to everyone who contributed to make this event possible! ….. 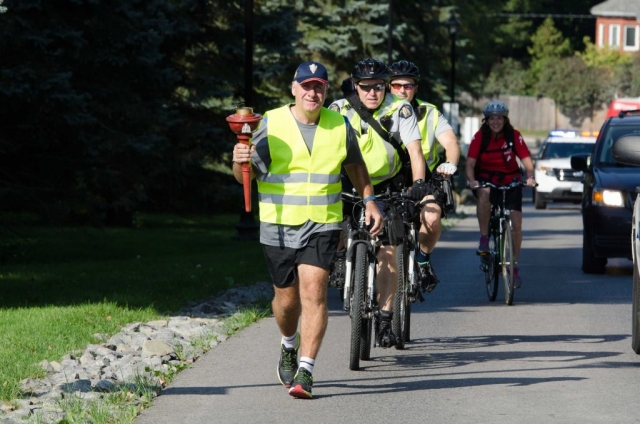 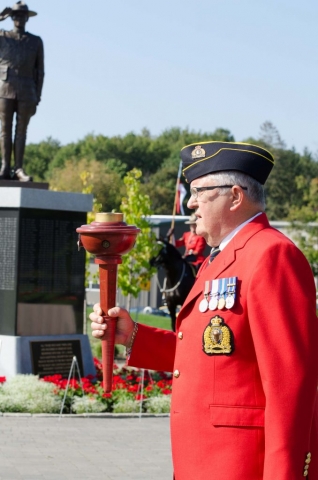 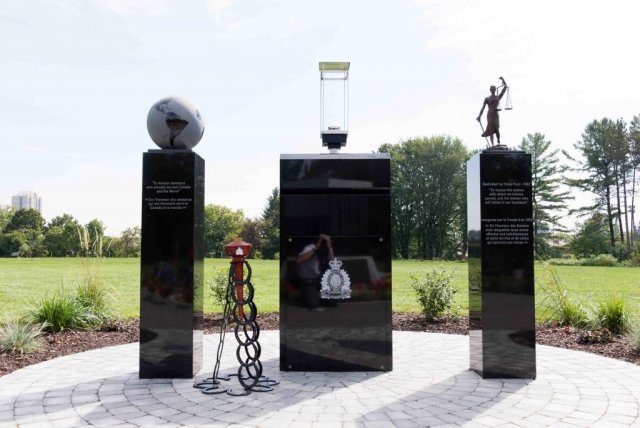 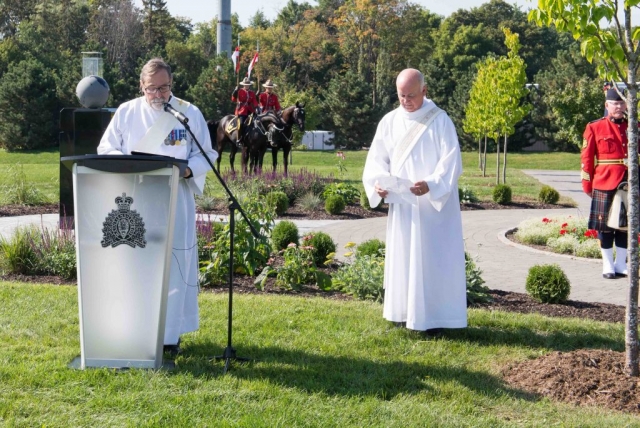 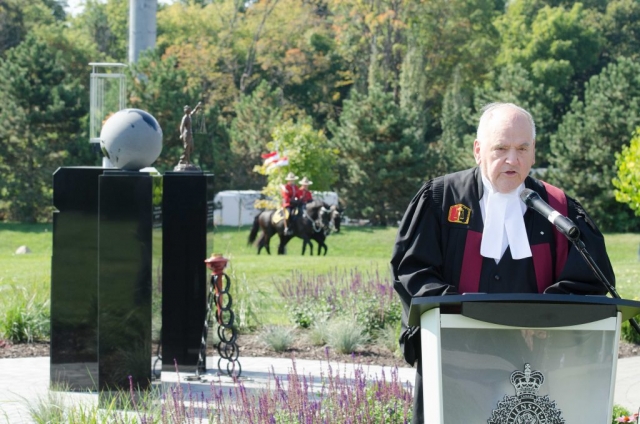 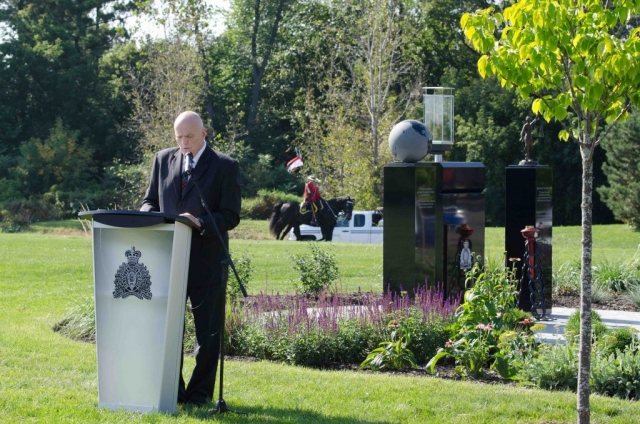 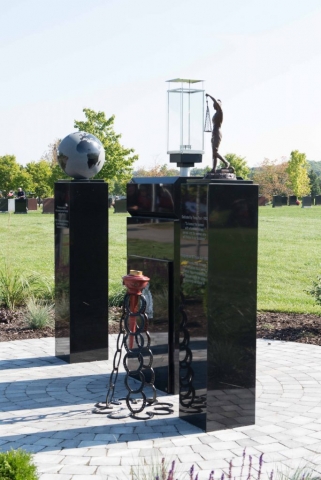 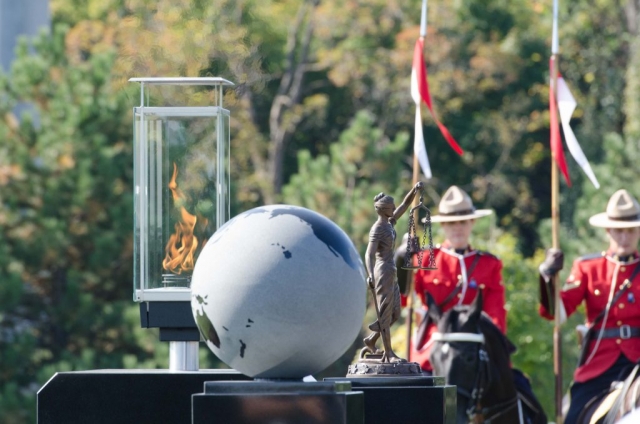 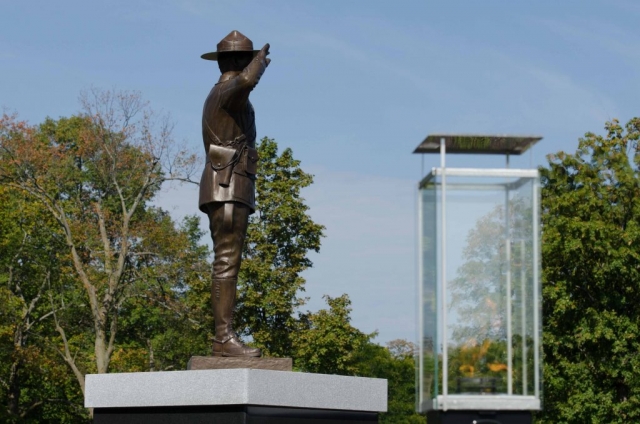 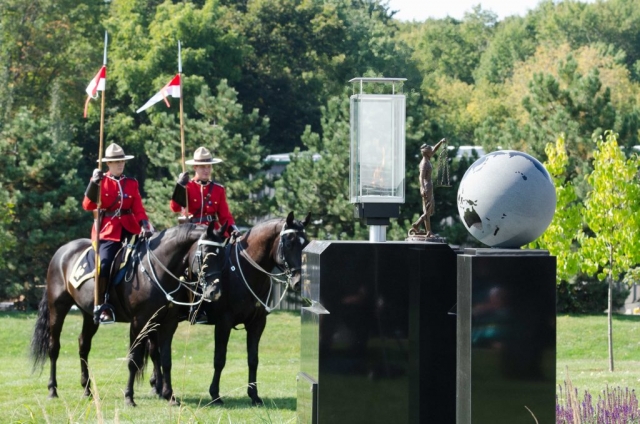